For the bicentenary of  the Charles’ Darwin birth, in many European countries are doing celebrated about Darwin. Our newspaper Italoeuropeo for one year will pick up material of deepening on the life and the works of Darwin.     By Dott. Filippo Baglini London


We are started with a interview at the most important museum of the world of natural history, the temple of Darwin: Natural History Museum…

For a  interview I need to thank  so much Alex Gaffikin, the exhibition designer of Darwin exhibition at the Natural History Museum and Sam Roberts Media  Manager

This year we are celebrating Darwin200 – a year long celebration of the 200 years since his birthday. The celebration lasts a year because last summer was the 150 anniversary of the presentation of his ideas to the Linnean Society and November 2009 is the 150th anniversary of the publication of Origin of the Species. You can find out about all the events and activities that are part of Darwin200 at

The Natural History Museum has an exhibition about Darwin called Darwin Big Idea, Big Exhibition which runs until April. We also have a series of talks called ‘Discussing Darwin’ where visitors can meet to talk more in depth about Darwin. For younger visitors we have a puppet gallery character of Annie Darwin, Darwin’s eldest daughter. She talks to our younger visitors about her father and what he did.  School groups can take part in ‘The Great Debate’ and gather evidence for themselves to re-inact the great debate between the Right Reverend Samuel Wilberforce and T H Huxley in 1860.

The Natural History Museum has collections dating back to the 17th century. We have a team of curators that look after these specimens and many are on display. Many scientists come to the Museum to investigate the collections but we also have our own large team of scientists that do research on our collections and every year they also go on expeditions to add to our collections. The curators also arrange loans to scientists in other countries who can’t come to the UK to do research. This year we are opening a new wing of the Museum called ‘The Darwin Centre’ – in honour of Charles Darwin. It will house the Botany and Entomology collections and also the offices and labs of many scientists. When the building opens visitors will be able to take a free tour around the building and see behind-the-scenes.

Here they can find contact details for staff in all our major departments – Zoology, Paleontology, Mineralogy, Botany, Entomology and our Library Services. Visiting scientists can arrange to come an see the collections – of have specimens sent to them. The Darwin Centre will have a special centre called the Angela Marmont Centre for UK Biodiversity where scientists studying UK biodiversity can come to look at our specific UK collections.

The Paleontology Department has 9 million specimens from all over the world. Charles Darwin’s collection forms a tiny part of that. On his voyage Darwin collected many plants, animals and fossils. One of the most famous fossils that he collected was the Toxodon skull – the orginal of which we have in the Darwin exhibition.

The study of the diversity of life on earth is at the very heart of the Natural History Museum. As a scientific organisation we are committed to the principles embodied in the scientific method, which tests ideas with empirical evidence. We consider the theory of evolution as the best current explanation for how the diversity of life around us came to be. Through the late nineteenth and entire twentieth centuries the theory of evolution by natural selection has been thoroughly challenged and tested across a range of scientific disciplines and it remains the only compelling, scientifically rigorous account of how life evolves on our planet for which a great deal of empirical evidence has been accumulated.

The Museum’s policy for public engagement is to present the theory of evolution as the best explanation, which is supported by rigorous scientific examination, of the on-going generation of the diversity of life on earth.

We strongly endorse the teaching of the theory of evolution in UK schools as a core part of the science curriculum and we use the Museum’s assets to support this. We agree that views such as creationism and intelligent design should not be taught as ‘science’, as the Department for Schools Children and Families has recently stated.

While we assert that the theory of evolution frames how we understand the world, we do recognise that there are faith-based views on the development of life. The Natural History Museum encourages discussion and exchange of such views in our science and society programme.

Brilliant – Keenly observing nature in all its forms—from fossil sloths to mockingbirds, primroses to children—Darwin saw that we all are related. Every living thing shares an ancestry, he concluded, and the vast diversity of life on Earth results from processes at work over millions of years and still at work today.

Fatherly – As the years passed, the sprawling house at Down filled up with children—the Darwins would have ten in all—and a series of governesses, nurses and pets. Charles and his wife Emma were relaxed and affectionate parents whose children, daughter Henrietta later wrote, felt like "creatures whose opinions and thoughts were important." He never pushed his children into natural history but encouraged them if they showed an ineterst.

The AMNH exhibition website has a lot of great information about this.

This page talks about the world before Darwin and the theories that abounded about the history of the Earth.

These pages discuss the reaction to Darwin’s publication of Origin of the Species:

All the science that we do at the Natural History Museum is built on the foundation of Evolution by Natural Selection. It is the paradigm in which our scientist work – the bedrock of the science.

Darwin was very keen that Origins of the Species would be widely read and he even communicated with foreign publishers to ensure publication in foreign languages. At the end of the exhibition we have some examples of copies of Origin of the Species. We have a collection of 470 editions in 28 languages.

It is difficult to say, out of all the discoveries that have been made based on Darwin’s theory – which are the most important. In the exhibition we talk about how humans fit into the great tree of life and how they evolved from apes. The discovery of human ancestors continues and scientists at the Natural History Museum are doing research into ancient humans.

In modern medicine evolution helps to explain the ‘arms race’ between diseases and drugs. We now-a-days have antibiotic resistant forms of bacteria because bacteria have evolved to survive antibiotics.

At the Natural History Museum we have a fossil of archaeopteryx which is one of the first fossils found to link dinosaurs to birds. 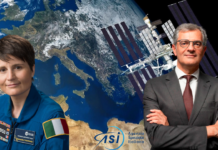 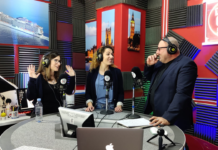 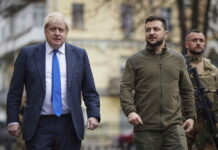 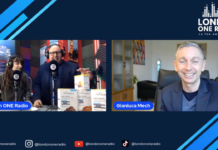 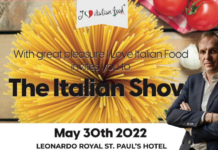 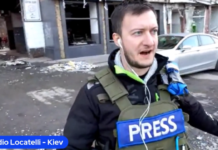 Londra: i passeggeri di bus in difficoltà per i 7 giorni...