David Cameron tried to tempt Nick Clegg into a coalition government today with a "big, open and comprehensive offer" that appeared to satisfy all but the most important Liberal Democrat demand.

The only thing that the Tory leader did not promise in a dramatic post-election statement signalling the end of one-party government was the kind of radical electoral reform that Mr Clegg – the new kingmaker of Westminster – has said is not negotiable.

After the closest election race for a generation the Conservatives were left just 20 seats short of a majority. Gordon Brown, who returned to Downing Street at 7am, said he wanted to try to form a government in the national interest with the Lib Dems and other parties.

Mr Cameron told reporters that he thought he enjoyed enough parliamentary support to govern in a "confidence and supply arrangement" – a minority government. But given the country’s economic crisis, its social problems and the need for political reform, he thought that Britain needed "a strong, stable government" and also reached out to Mr Clegg’s party.

The Tory leader set off a high-stakes bidding contest with what appeared to be a surprisingly generous opening offer – clearly hoping to knock Mr Brown out in the first round.

He said that the Tories and Liberal Democrats could work together on educational reform around the Lib Dem "pupil premium" policy that focuses on injecting cash into the poorest schools.

Mr Cameron said that his party also agreed with the Lib Dem calls to make the low-carbon economy a priority and could also accept the principle behind Lib Dem tax reforms that would raise the minimum income tax threshold to £10,000.

The Tories, he added, were also willing to offer major political reforms that "must include the electoral system" – although he did not spell out any specific proposals beyond an existing Conservative plan to even out constituency sizes within the current First Past the Post system. Such a reform would reduce Labour’s inbuilt advantage.

The only hope Mr Cameron left open for Mr Clegg on electoral reform was to offer an all-party committee of inquiry to look at the issue.

He also failed to spell out any other enticements, including what post might be given to Mr Clegg himself or to his popular Treasury spokesman, Vince Cable.

"I believe we have a strong basis for a strong government," he said. "The negotiations we are about to start would involve compromise, but that’s what national interest means… We remain completely convinced that this is possible."

Mr Cameron was speaking less than an hour after the Prime Minister made his own pitch to the Lib Dems in a statement delivered outside Number 10.

Mr Brown said that he understood and accepted Mr Clegg’s decision to give Mr Cameron the first tilt at government because his party won the most votes and the most seats.

But he said that he, as Prime Minister rather than as a party leader, had a "constitutional duty" to ensure that a parliamentary majority is found that reflects the will of the people. He said held out the prospect of "far-reaching political reform" to the Lib Dems.

"For my part I would be willing to see any of the party leaders," Mr Brown said. "I would of course be able to discuss with Mr Clegg the areas where there may be some measure of agreement between our two parties."

Mr Brown began his statement by remarking that the country found itself in a situation "unknown to this generation of political leaders".

But his attempt to use his status as the incumbent to remain in power is likely to provoke outrage – especially among the Conservatives.

It was Mr Clegg, who finds himself sought after even though his party suffered unexpected losses at the polls, who fired the gun on negotiations when he returned to Westminster this morning.

Speaking outside his party headquarters in Cowley Street, Mr Clegg reminded reporters that he had consistently argued that it was the party with the most seats and votes that should get the right to try first to form a government.

Any negotiations will be closely watched by a City left on edge by the new political landscape. The pound initially fell by more than two per cent to under $1.46, its lowest for a year and also lost ground against the euro, despite the Greek debt crisis; the FTSE 100 share index shed 1.3 per cent on opening. Both the pound and the FTSE later recovered ground. 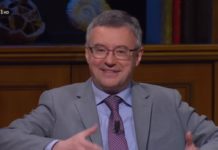